Could setting goals have the opposite of the desired effect? In a performance management system goals are set to align an individual to the organisation’s strategy and to stretch their performance. Sounds great so far. But is it possible that people achieving their goals could have a negative effect on the organisation. It turns out this is a very real possibility. Read on to find out about the law of unintended consequences and a simple tool for avoiding it in relation to performance goals.

The law of unintended consequences says that intervening in a complex system can have an outcome that was not intended. That outcome could be positive or negative. Wikipedia gives the example of the introduction of the rabbit into Australia. Originally introduced with the First Fleet in 1788, most likely with the goal of providing food, they have gone on to become a pest that causes millions of dollars of damage to crops.

Organisations are complex systems as are many roles.  This means the possibility of an unintended outcome is real.  In fact the role doesn’t even need to be complex.  By incentivising a person to do one thing, they may do it to the exclusion of other important activities.  Consider these goals and their potential unintended consequences. 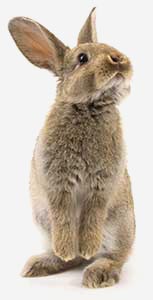 This looks like a big problem doesn’t it?  Especially considering how pervasive goals are within organisational performance management processes.  The good news is there’s some simple solutions to reduce the likelihood of an unintended consequence.  Of course nothing is guaranteed, but avoiding goals altogether for fear of an unintended consequence would just lead to stagnation and spinning wheels.

The simple solution is:

In addition to this simple solution, it is important to consider the potential negative consequences, on top of the positive outcomes for each goal.

Let’s take a look at how this works in the real world using the previous examples.

Two goals in the above table require further explanation because it isn’t immediately obvious how they were balanced using the simple rule provided.

Apart from balancing individual goals, other strategies can be used.  For example in addition to setting goals, competency and behavioural standards can also be defined for an organisation or role.  This enables the manager to define not only what they want a person to achieve (goals) but how they should go about it (behaviours).

Instead of training people to write SMART goals, train them to write B-SMART goals.

Using an online system can make goal setting easier for managers and team members.  Being able to copy from a library of goals is quicker than having to write them from scratch.   It improves quality by providing pre-written examples.  Using a library is also one of the ways in which organisations can ensure everyone’s goals are aligned to the strategic plan.  If you want to try out an online system, sign-up for a free trial.

How to write SMART goals

With this great memory aid, you can learn to write objectives the SMART way.

Balanced Scorecard in Performance Management is an approach to aligning employees to a company’s strategic plan.

With Cognology’s Performance Management System you’ll get a library of competencies to make goal setting easier.